skip to main | skip to sidebar

Decided to get this back up and running! No time for a proper post yet though, off to Deauville today for EPT. Playing 1b tomorrow, Stay tuned!
Posted by BIGMICKG at 1:29 PM No comments:

No joy in Villamoura. Ran well in the €2k side event and made day 2 only to bust 12 from the money in a big pot with KK v A9 aipf so that was annoying. Played 2 of the nightly turbo tournaments and busted early in both of them.

WCOOP started this week and I intent on playing a good few of them. Played 6 so far and had 1 cash so looking to improve on that. Played 5 step 6/Gs in the past week and failed to cash in any so that sucked. 22/58 now for the year. In a rush now to the UKIPT. Ill do a quick report at the end of the day with my progress
Posted by BIGMICKG at 3:07 PM No comments:

Busted today unfortunately, never really got goin, didnt play too good and ran bad, so not a good combination. Just one of those days that your destined not to win no matter what you do. Got AA, KK twice and QQ and took down the blinds each time. Of course my raises with marginal hands got 3bet or called and I missed every flop. Liv Boeree finshed me off when I check raised all in on a flop with the nut flush draw she called with top pair and I missed. Really dissapointed about not getting a run cos Ive been running pretty bad live this year and I was hoping this might be the turning point. Unfortunately not. Although theres a great schedule of events over here so theres still plenty of time to show a profit for the trip. €2k tourney tomorrow at 4 so thatll be my next shot.

Playing a few mtts and steps online at the minute. Played a step 6 just there and won it so its not all doom and gloom. Anyway I better get back to it. Get my game sharp for tomorrows €2k
Posted by BIGMICKG at 12:59 AM 2 comments:

UKIPT Edinburgh and other stuff

Long overdue an update but its been a busy last couple of weeks. Went over to Edinburgh last weekend for the 7th leg of the UKIPT hungry for my 3rd cash of the tour to keep me in contention for the leaderboard which I was lieing 5th in before the event. No joy unfortunately and I busted 30 minutes from the end of Day 1b when my JJ was no good against AK. Hadnt got much of a stack to be fair so cant really complain. Wasnt too happy with how I played in the tournament overall either so that was dissapointing. No side events interested me over there so I enjoyed Edinburgh for the rest of my stay with a few good nights out on the lash.

Online has continued to go very very well and I ended my recent bad run at the Step 6/Gs. Played 11 of them in total since my last blog. Seven step 6s and four step Gs. Managed to win six of them and cash in another two which was very nice. As I mentioned in my last blog I had planned on playing EPT Villamoura even if I didnt manage to win a package. But I was obviously determined to try my best to win one cos it breaks my heart handing over so much money to play in a poker tournament. I only played three step Gs in total for Villamoura because they simply dont fill very often unfortunately. Anyway I finished nowhere in one, 3rd in another for €3,300 and won the other one. Played a step G tonight for EPT London which Im also playing and won that too which was sweet. Nice to have the package wrapped up so eary and especially when its a big package! (just under €10k). The seven step 6s I played were all for a WCOOP main event seat ($5,200) Won four of them, cashed in another for $1200 and unplaced in the other two. Meaning Im 21/52 in step 6/Gs for the year which is pretty sick.
Mtts have gone ok too with several deep runs but no big cashes unfortunately. Managed to win another two WCOOP seats in those 3x turbo sats keepin me well in profit for mtts.

Heading to Villamoura on Saturday and Im playing Sunday which is Day 1b, so Ill do an update at the end of the day with my chipstack. Good few Irsh seem to be heading over and Im really looking forward to it. Still looking for my first cash in an EPT so hopefully this can be the one!

In non poker news I made the biggest purchase of my life on Monday and bought myself an apartment which Im delighted with! Ok so its not exactly a balla pad, and wont be appearing on cribs anytime soon but its a real feeling of achievement to buy your own place and be living mortgage free at 24. Something to fall back on at least if poker ever does go pear shaped. Not sure when Ill be moving in but hoping to asap!
Bankroll obviously took a massive hit from this and so I cant think of a better time for me to have a big score! Roll on Villamoura...................... : )
Posted by BIGMICKG at 12:26 AM No comments:

Great craic down in Galway last weekend depite it bein another unsuccesful poker trip. Came 5th in the Irish Champions Challenge Cup when I shoved A 8 from the bb over Marty Smyths button raise who had JJ and held. Paul Carr was the eventual winner so welldone to him. Played the €250 tourney which got 59 players, alot less than I was expecting. But with €2500 added to the prize fund still great value. Never really got goin in this and busted after a few hours. Didnt bother with any poker after that and just enjoyed the weekend. Galway is probably the best place in Ireland for a weekend away imo.

Feeling very unmotivated about playing online the past few weeks or so especially since I decided I wont be chasing Elite this year. This really helped me put the hours in over the past two years cos you have to play x amount before the end of the year. Now I just play whenever Im in the humour. How many times have you got out of bed in the morning and wished you didnt have to go to work? Well poker is no exception and you dont have to go to work so sometimes I find myself lazing around just not bothered playing. Im sure Ill be back grinding as hard as ever soon enough just a little phase I guess.

Didnt have a great week online although I played very little. Played another 3 step 6s with no success so that sucks. 15/41 now for the year. Done good playing the lower steps and various other sngs so that helped ease the pain. UKIPT Edinburgh is my next live event so Ill just grind some online till then
Posted by BIGMICKG at 5:57 PM 1 comment: 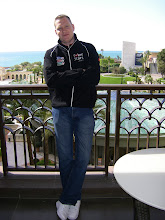 Anyone selling tourney dollars on stars let me know. Ill buy any amount and give a better rate than any trading site. Ill also get back to you asap as I check my emails every day. You can contact me by email or msn at bigmickg@live.ie